Hello Country Heartbeat readers! This week has been packed with events from the NHL® All-Star weekend where Dierks Bentley, Eli Young Band and Kelsea Ballerini preformed on a packed street in front of the Country Music Hall of Fame on Sunday. The Sunday show was the last of the daily concerts that were being preformed in downtown Nashville starting on Thursday. Other great musicians such as Big and Rich, Lo Cash, Lee Brice, Chris Young, Clare Bowen, Charles Esten and Russell Dickerson were part of the IntelliCentrics Honda NHL® All-Star Festivities Outdoor Concert Series presented by Bridgestone.

Unfortunately I was not able to attend these shows because I was up in Cincinnati, Ohio at the Kip Moore Wild Ones Tour concert at Bogarts. Kip Moore and The Slow Hearts put on a great show as always, full of energy playing some classic Kip songs and new songs off the long awaited Wild Ones Album. 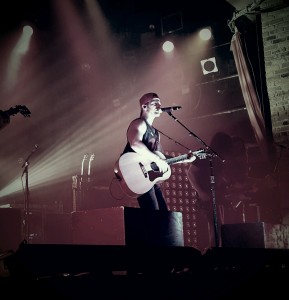 To end the weekend, on Tuesday I attended a benefit for the Crohn’s and Colitis Foundation at the High Watt on Cannery Row, hosted by Chris Cavanaugh and sponsored by Galena Garlic Company. Chris has been throwing this benefit for the past three years. Though Chris was the main performer, there were guest/friends who also performed. Chris invited some fellow songwriters who have written hits for many artists. Matt Rogers (“We Went” for Randy Houser), Jody Stevens ( “Lemme See Ya Girl” for Cole Swindell and “Home Alone Tonight” for Luke Bryan), Doug Johnson (“Love Like Crazy” for Lee Brice and “3 Wooden Crosses” for Randy Travis), and Scott Stepakoff (“Looking At Stars” and “Underage” on the new Kelsea Ballerini album) also came out to help raise money. Chris Cavanaugh is a touring Nashville based musician from Missouri; he just released his new EP Footprints on My Windshield, which is available now on iTunes, Google Play, Amazon MP3 and Spotify. The benefit ended up raising over $3,000 for the CCFA even with the horrible weather and tornado warnings. Congrats to Chris for a successful night! 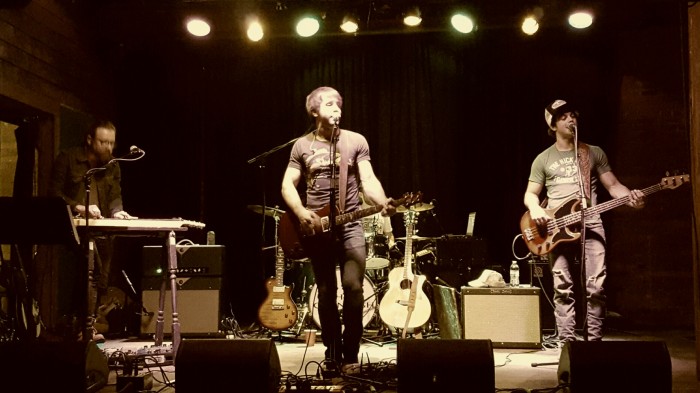