Maren Morris celebrated her birthday a bit early this year during her time in Vegas for the ACM Awards. This Grammy winning “hard to get starlet” turns 27 on April 10th, but who can resist the chance to throw a birthday bash in Las Vegas?! Complete with friends and family, boyfriend Ryan Hurd, and decorations matching her tattoo that she got back in July, this one was for the books!

THE CAKE MATCHES HER TATTOO!!

END_OF_DOCUMENT_TOKEN_TO_BE_REPLACED 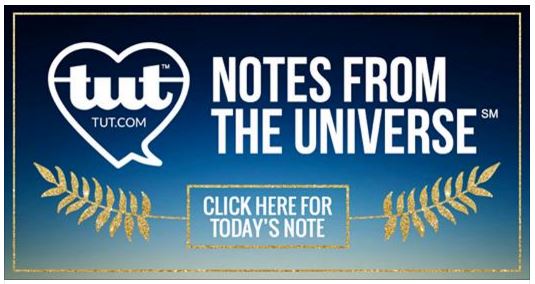 Act with faith, Jessica. Prepare the way for your inevitable success. To the degree you can, behave as if your dreams have already come true, as if you already owned a career in the music industry, as if later today you were going to make it to Nashville. And you shall see the power you wield as the floodgates begin to tremble, the elements begin to conspire, people in your life begin to change, insights are summoned, comprehensions soar, and clarity is born.

Not to mention fierce, wild animals lying down when you walk on by –
The Universe

Pretending is so powerful, Jessica. Look how far it’s already taken you.

Definitely needed to read that today! So many signs from the universe lately are pointing me in this direction! ❤

To get your own daily (or however often you wish) Note from the Universe, go to tut.com!

…that making money was THIS EASY!!!!! Guys, I don’t shop online often. Basically just some random things on Amazon and maybe some makeup at Sephora if I’m too busy to get to the mall to grab what I need. Oh, and Etsy. I love supporting small businesses and people who handcraft their items. At any rate, I’ve spent about $40 so far online since I joined Ebates… and I’ve already gotten $37.99 in my PayPal account, just by shopping and buying what I normally would… and letting other friends know about it!! The only reason I felt inclined to post this today was because, this is what I just got when I logged into my email this morning! (If you look in the top right corner, you’ll see my total money earned so far (since signing up ONE MONTH AGO) is $37.99!) …Oh, and if you join with my link, you’ll get a FREE $10 deposited in your account after you make your first purchase! I want to share this goodness with all of you!

Also, it’s tax filing season… and you can earn CASH BACK when you file online!!! I better get going on my taxes… what could be better than getting a refund AND cash back?!

You don’t have to get the funds deposited into your PayPal, they also write and send out checks every other month on the 15th of the month.

END_OF_DOCUMENT_TOKEN_TO_BE_REPLACED

Can’t wait to see Brett Young for the first time in concert on March 3rd with Luke Bryan and Brett Eldredge! Follow him on instagram and check out how he got his start in music!

Brett’s self-titled debut album is available now for preorder and will be released February 10th, 2017. About half of the tracks are already available for purchase on iTunes!

Do you follow us on instagram?! You should! If not, here’s a peek of Country Heartbeat‘s 9 most liked photos of 2016! I can’t wait to see what concerts and experiences 2017 brings!

Happy Holidays from Country Heartbeat! Enjoy these holiday photos of Michael Ray and Parmalee that I took at WPOR’s Jingle Jam a couple weeks ago! Michael is wearing his Nana’s Christmas sweater for his performance, but when Parmalee took the stage, M. Ray came out dancing and wearing an ELF SUIT! He was such a good sport about it!

Then, check out the hilarious parody video that Parmalee made with Jake Owen singing about getting into the Christmas “spirits”. This video was released a couple days after Jingle Jam… I wish Parmalee had been wearing those outfits for our show!!!

And lastly, check out these awesome Christmas cards from BK & B.Cole and Hayley and Tyler, Florida Georgia Line and their wives! (And the Kelley’s 4 dogs. Sunday looks adorbs!)

Best wishes for a happy holiday season! Whatever you celebrate, I hope that it’s merry and bright!

To Those Of You Who Aimlessly Enter Every Contest That Seems “Cool”,

There are two types of people who enter contests. The people with the mind-frame, “Hey it’s worth a shot, I might win!” and the people who considerately pick and choose which contests they enter because they wouldn’t want to take away a prize from someone who might want it more than they do. (For example, I wouldn’t try to win tickets to a concert for an artist that I only know a few songs and don’t 100% “love”… because there is a super-fan out there that I might take that opportunity away from.) Those people who fall into the latter category, of course only enter the ones that are really important to them, those that they would be able to actually attend/claim if they won. (High five to you like-minded souls out there!)

50th Annual CMA Awards. #ForeverCountry. You’re looking at the girl who wants to move to Nashville, who works at a country radio station, who has a country blog, who has been to over 130 country concerts, who has country music beating in her heart and running through her veins. You think I want to be there? Hell yeah. Am I bitter that I didn’t win any of the ones that I entered? Absolutely not, that’s not what this is about, AT ALL. (I actually fully trust God’s plan and that there’s a reason that I didn’t make it there, again, this year.) It’s about that one lady who did win…

END_OF_DOCUMENT_TOKEN_TO_BE_REPLACED

Ok, besides being the best brunch spot that I have EVER been to (think country music on the speakers and customized “breakfast shots”), I totally got some free website promotion! The walls of this place are COVERED with dollar bills that people have signed or drew on and then stapled on the walls over the past several years that The Goat has been open. I’ve written my website on the ceiling of a bar before, so why not on a dollar bill stapled to a beam?! I can’t wait to go back one day and see if it’s still there! I also am hoping that people who love country music might be tempted to check it out! (Hello and welcome if it’s your first time here and you saw my website at The Goat in New Hampshire!) 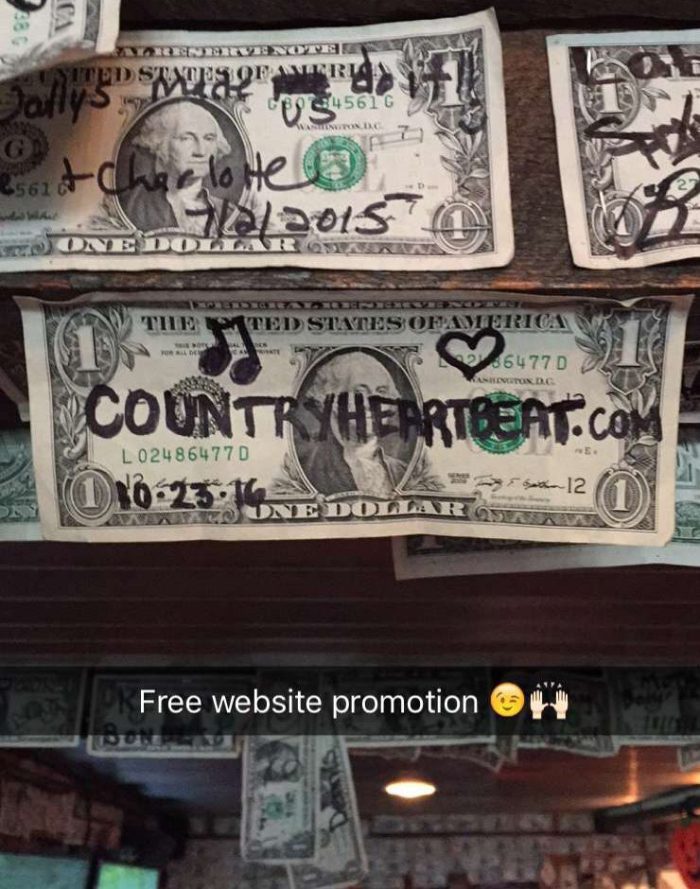 I also got a pretty sweet shirt that says “Whiskey Made Me Do It” on the back. Totally going to rock that at an upcoming show!

We are officially TWO WEEKS away from country music’s biggest night! Who wouldn’t LOVE to be in Nashville for the 50th CMA Awards?! I’ve definitely been entering every single contest that I come across! Most of them have ended… but if you act quickly… this one doesn’t end until Friday 10/21! Just click here to enter!* Good luck!

I’m praying that a miracle gets me there! It would be such an awesome networking opportunity! Being at the 50th would be pretty special. #ForeverCountry

*I am not affiliated with this contest in any way! Just wanted to give fans an opportunity of a lifetime! Make sure to check the official rules to see if you qualify! (For example, it might not be offered to countries other than the USA.) 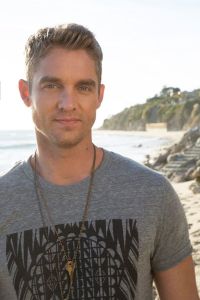 “You know, it started in the church for me. My dad’s a pastor and I went to a Christian school. My sophomore year, I had played a little guitar. All the kids walking around in Christian junior high learned to play guitar. One day, in my sophomore year, one of the kids who leads worship every Friday said, ‘Hey, I need somebody else to play guitar with me this week.’ So I did. And he said, ‘You did great, I’m not gonna be there next week and you need to lead.” So next thing I know, I’m 15 years old and playing in front of 700 kids for the first time. From that moment, I knew I loved it. It wasn’t until I hurt myself, I played baseball, I had to have elbow surgery, until I really started pursuing it as a career.”

Brett Young is being dubbed a “Nashville Newcomer” with his debut single, “Sleep Without You” currently sitting at number 12 on the Mediabase Country Chart and number 17 on the Billboard Chart. I’ve been following Brett for a couple years of course via social media, and actually was surprised to meet him at a backstage party after a Sam Hunt show in Boston in February of 2015, nearly 2 years ago. First of all, as a California native and a Nashville local, I was wondering what on earth he was doing in Boston?! Just hanging with friends from the band and partying Foundation Room style! He was nice enough to chat with me for a few minutes while sipping on his drink and take a photo with me too. (Man is he TALL! Ok, and handsome!!!)

I’m hoping to catch him live for the first time in a couple of weeks! I’m thinking we need a more recent photo! 😉